From Layoffs to Innovation: How Economic Downturns Spark New Business 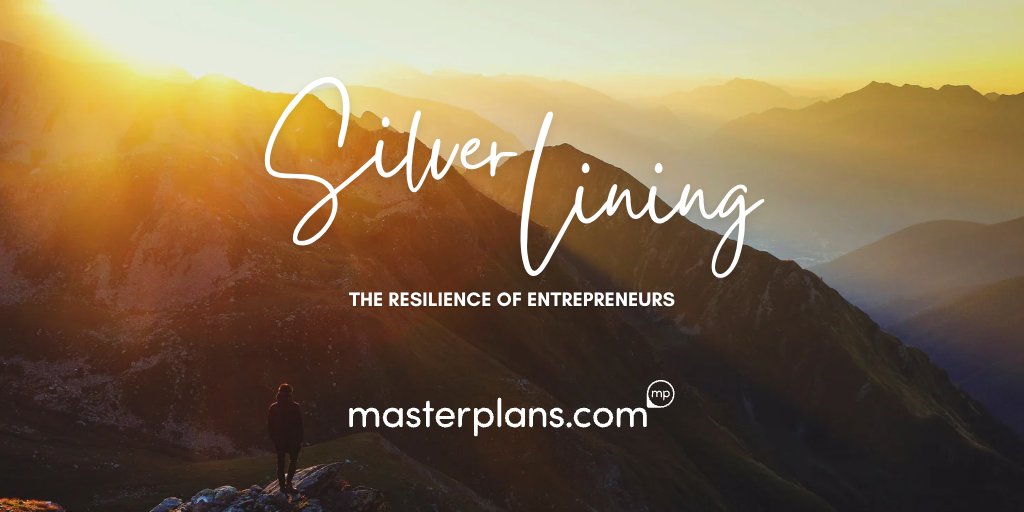 It’s hard to go a day without hearing a report of another major corporation laying off workers. Layoffs are painful for everyone involved, especially the workers that bear the brunt of their employers’ over-hiring and under-saving during the economic ramp-up. Having been laid off once myself, I can tell you that it was a difficult time that I wish on no one and never want to go through again.

Having worked as a business plan writer, researcher, and project manager for 10 years running, including during the Great Recession, I have a different viewpoint when it comes to bad economic news than most people.

Looking back on it, the Great Recession was rough for everyone. Everyone knew at least one person who had been laid off or had their home foreclosed on, assuming they weren't that person themselves.

Masterplans struggled during that time, too. The downturn struck down demand for everything, including business plans. But what happened next was completely predictable, if not something many people expected: people began starting businesses again. As the waves of layoffs began to hit, Masterplans started gaining new clients from those recently laid off.

People from every industry, including tech, scraped together what collateral they could and took the risk to invest in themselves and their big idea.

See, the big open secret is that most people go to work at their safe, traditional corporate jobs so they can earn a steady paycheck. Plenty of them do not have a true passion for what they do, and they spend their time at their desks dreaming of a way to meet a need, solve a problem, or just bring people some joy. And yet, they don’t act on that desire, or rather, they can’t act on that desire, because that steady paycheck acts as a tether, keeping them tied to that secure job that provides them with health benefits and maybe even a 401K. Once that tether is forcibly cut, these innovators suddenly have a golden opportunity to finally give their dream a genuine attempt.

This was exciting enough to keep our company inspired. It’s not every day that you get to be a part of the story when someone takes hold of the reins in their life.

And we found it rewarding to know that we were playing our small role in revitalizing America’s economy.

What was even more exciting was seeing the truly innovative concepts land on our desks. Tech workers came in droves with that code they had been working on in their spare time. Maybe their employer hadn’t appreciated its capabilities, or maybe it didn’t apply to their employer’s product or market niche, so they kept it to themselves and dreamed of the day they could launch it on their own. That day came on what seemed like the lowest point of their lives, and the world was made better for it. The first iPhone was launched shortly before the recession began, and we wrote what felt like hundreds of plans for innovative new apps for every possible purpose, inspiring our team daily with the idea of what the future might hold.

When the Great Recession began, the news cycle was filled with images of stock traders crying on the floor of the NYSE, neighborhoods full of foreclosed homes turned into ghost towns, and protests on Wall Street. As it persisted, however, there were occasional stories of new startups that had something innovative to offer.

During that time some of today’s most famous unicorns were founded by the recently laid-off workers, mostly from the tech sector:

Can you imagine going back to a world where you couldn’t rent an Airbnb? I can’t. How many times have you paid with Square and used Venmo to send money? Square made it possible for my kids’ fledgling PTA to accept payments for hoodies and event tickets, and that revenue was funneled toward supporting our hardworking teachers and buying much-needed instructional materials. Since 2008, how many people have created entirely new careers for themselves through companies like TaskRabbit, Handy, Uber, and Lyft?

The companies on this short list have had tremendous impact on people’s lives and the broader economy, and it is nowhere near an exhaustive list of all of the innovations that came about after the economic collapse.

Layoffs hurt, there’s no doubt about it. I don’t even want to delve into the emotional impact that a layoff can have on a person; the financial pain that it causes is plenty enough to worry about. But, the evidence is growing that the world is heading toward a recession in 2023, and we have already seen a wave of tech layoffs begin.

The layoffs are coming from our nation’s business giants, including Meta, Amazon, Twitter, Redfin, and Shopify. Salesforce announced layoffs of 10% of its workforce, and CEOs everywhere are apologizing for having over-hired in 2021. And it’s not just tech companies laying off workers either. Wall Street is beginning to make cuts as well. Goldman Sachs and Morgan Stanley both made the news recently for planned layoffs, with Goldman cutting up to 4,000 employees and Morgan Stanley cutting 2% of its global workforce.

The intersection between tech and financial services presents tremendous opportunities for new innovation. I can’t tell you how many plans I wrote for people who were laid off from Wall Street in the Great Recession and who joined up with a team of technical minds to start the next great FinTech company.

In 2020, as the pandemic layoffs began, Roger Lee of Human Interest created Layoffs.fyi to help track layoffs across the tech sector, updating it with each new layoff announced, creating a handy place to learn more about the current state of tech employment. Our hearts go out to all of the workers that stand to lose their jobs, and to those who already have.

This recession is expected to be much less severe than the last one in 2008, and unlike the aftermath of the Great Recession, the current employment picture offers much more hope for those workers to find new jobs. But I have to hope that a sizable percentage of those talented, creative workers will correctly spot this as the opportunity that it is, dust off their code editors, and get to work solving the big problems of today and tomorrow. In just a few short years’ time, we will have some new businesses—both large and small—whose success was brought about in small part by the fact that a recession caused their layoff from that cushy corporate job.

Masterplans is excited to see whose story we get to take part in this time.

I’ve worked as a business plan writer since 2006, and it’s been a remarkably fun and fulfilling career for me. I get to see entrepreneurs of all...

From Layoffs to Innovation: How Economic Downturns Spark New Business

It’s hard to go a day without hearing a report of another major corporation laying off workers. Layoffs are painful for everyone involved, especially... 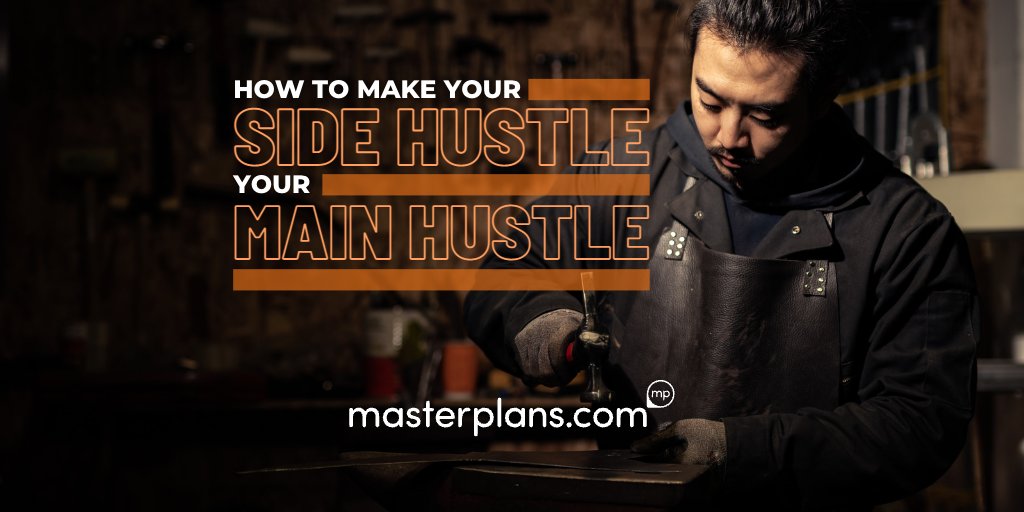 Making the Leap from Side Hustle to Full-Time Entrepreneur

2022 was the year of the side hustle. Recent data from Zippia show that 45% of working Americans have a side job, and that percentage rises to 70%...